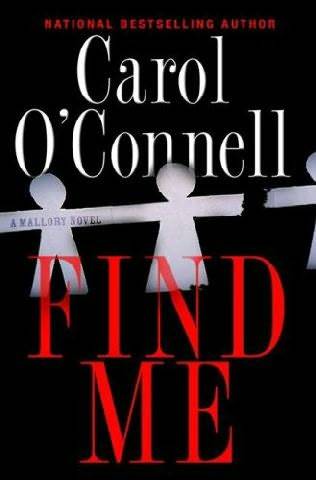 Genre: thriller
Annotation:
From one of the most acclaimed crime writers in America comes her most astonishing novel: a story of love, loss, death-and discovery.

Over the course of eight novels, Carol O`Connell and her protagonist, New York detective Kathy Mallory, have carved out a unique place for themselves. But all that has been prelude to the remarkable story told in Find Me.

A mutilated body is found lying on the ground in Chicago, a dead hand pointing down Adams Street, also known as Route 66, a road of many names. And now of many deaths. A silent caravan of cars, dozens of them, drives down that road, each passenger bearing a photograph, but none of them the same. They are the parents of missing children, some recently disappeared, some gone a decade or more-all brought together by word that childrens` grave sites are being discovered along the Mother Road.

Kathy Mallory drives with them. The child she seeks, though, is not like the others`. It is herself-the feral child adopted off the streets, her father a blank, her mother dead and full of mysteries. During the next few extraordinary days, Mallory will find herself hunting a killer like none she has ever known, and will undergo a series of revelations not only of stunning intensity- but stunning effect.
Read this book now
Download in formats: fb2 304k, epub 522k, mobi 574k, txt, html