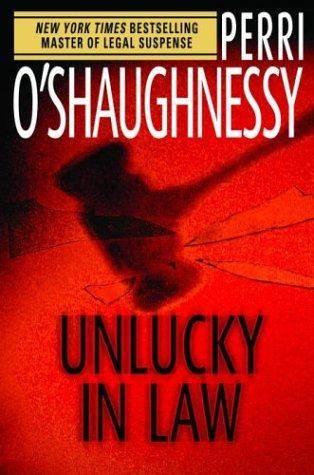 Genre: thriller
Annotation:
Nina Reilly takes on the most dangerous and difficult case of her career in New York Times bestselling author Perri O`Shaughnessy`s latest thriller. An ingenious blend of forensic science, history, and gripping suspense, Unlucky in Law pits the tough but compassionate attorney against the most unbeatable adversary of all: the law.

Nina has just received a last-minute call from her old boss and mentor in Monterey County, California, where she is enjoying the breathtaking scenery and spending time with her boyfriend, P.I. Paul van Wagoner. Klaus Pohlmann is in desperate straits and begs Nina to take over a seemingly unwinnable case: A luckless two-time felon named Stefan Wyatt has robbed a grave and made off with the long-buried bones of a Russian ИmigrИ. When he is caught and arrested, further devastating evidence found in the grave suggests that Stefan is guilty of a far more deadly crime.

A young woman, a classmate of Stefan`s, has been killed, and he is accused of her murder. Now, as a result of California`s Third Strike law, Wyatt is looking at twenty-five years to life whether he`s convicted of grand theft or murder. Either way, he`s in big trouble.

With her client`s blood DNA found in the dead woman`s apartment, Nina faces an uphill battle. Suspecting that her hapless client has been set up, Nina brings in a brilliant forensic pathologist who comes up with a startling theory about the case that could rewrite a crucial page of European history. As the evidence mounts against Nina`s client, Paul launches his own investigation into the shadowy past of the two-decades-old skeleton. But long-held secrets nearly get him killed and reveal a more insidious evil at work and an extraordinary story dating back to tsarist Russia and the Romanov court. As Wyatt edges closer to the unluckiest verdict of his young life, Nina makes an astounding discovery that just might save her client or expose a killer who could bury them all.

Brilliantly imagined and compulsively readable, Unlucky in Law is a beguiling mix of wrenching drama and gripping action. And it is Perri O`Shaughnessy`s most accomplished novel to date.
Read this book now
Download in formats: fb2 342k, epub 444k, mobi 632k, txt, html