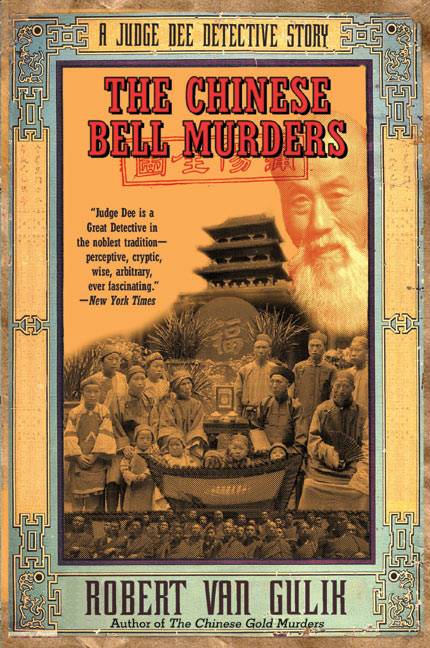 Оценка: 3.1 (35)
Genre: detective
Annotation:
It's never easy reviewing a classic; obviously it is good or it wouldn't be regarded as such, and if it has just been reprinted then its charm and relevance still exist for readers today. Since its publication in 1958, Robert Van Gulik's enchanting stories about the crime-solving exploits of historical character Judge Dee have delighted readers all over the world. If you haven't met Judge Dee yet, now is a good time to start! In this early novel he has just taken up a post as magistrate in the town of Poo-Yang and soon finds his work cut out for him. He has to solve a rape murder, root out what is going on in a remarkably wealthy Buddhist temple and sort out a complex family feud that dates back years.

Put like that, it sounds rather bald and Van Gulik is certainly not verbose; there isn't a spare word in here. This is the China of our dreams, a Willow Pattern plate come to life with paper lanterns, pagodas and the line between the mundane world and the supernatural agreeably blurred. The author's hand drawn plates add even more charm, but look closer and see that this is no cozy chopstick idyll. There is grit in here too, and the Judge is there to see that justice is done, complete with harsh penalties. This is a world of extremes, where torture is part of the judicial system, towns often need to be fortified and all are subject to the whims of the rulers. But, despite all this, the story never gets bogged down in these harsh details, and we are shown a world full of ordinary people going about their daily lives minus anachronisms. Modern political correctness has no place here. Add to all this a jolly good tale containing three cases entwined around each other, the likeable team of the Judge and his men plus some handy historical notes and you have the recipe for &a classic.

The great Chinese detective Judge Dee begins work on the most disquieting case of his career when he reviews the rape murder on Half Moon Street.
Read this book now
Download in formats: fb2 1m, epub 1m, mobi 1m, txt, html